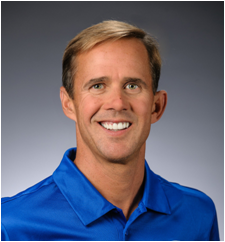 As of April 1, 2022, Mark Stori will be assuming the role as Head Coach of Santa Barbara Masters Swimming. In addition to being the Head Coach of Santa Barbara Masters, Mark is an assistant coach for Men's and Women's Swimming at UCSB. Mark has been involved with Masters Swimming since the 1990's when he coached for the Dallas Aquatic Masters Swim Club and helped develop a learn-to-swim program for Club. Mark moved to Santa Barbara in 2015 where he started coaching masters under the Santa Barbara Swim Club and helped lead the team to a combined top 10 finish at the 2017 Spring Masters Nationals. He helped relaunch Gaucho Aquatic Masters at UCSB starting in 2017. Mark has produced several Destination Masters Swim Camps in Santa Barbara in both pool and open water. Mark is a USMS Level 2 Coach and received the 2019 USMS Kerry O'Brien Coaches Award. He has been an accomplished Masters swimmer and has won 3 Individual Masters National Championships and achieved 67 individual top 10 times.  Mark enjoys open water swimming and loves the Thursday night Reef and Run Series and swimming at East Beach with the Swim Wild Santa Barbara crew.

As a student-athlete Stori was a four-year member of the University of Iowa Swim team, where he was team captain during his senior year. He graduated with a BBA in Accounting. He achieved All Big Ten Academic honors and swam at the national level in the IM/Back/Breast. 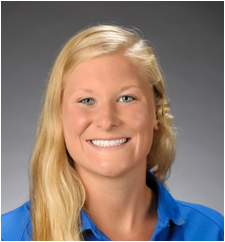 Annie Larsen
I have been swimming since I was about 5 and have been attached to the pool deck ever since. I swam competitively through middle school and high school for Orinda Aquatics in the Bay Area and for my first year and a half at UCSB for UCSB Women’s Swimming. My events were distance free, 400IM and 200Fly. I grew up lifeguarding, teaching children’s learn-to-swim programs, and currently teach yoga at CorePower Yoga. I graduated from UCSB in 2018 with a BS in statistics and have been lucky enough to stay in Santa Barbara. I am very excited to return to the pool deck and begin coaching masters!

Arlette Godges
Arlette swam at UCSB as an intercollegiate swimmer.  After graduate schools and starting a family she found the fun in Masters Swimming and has been a member of USMS since 2003. She has over 100 USMS top ten times and is often spotted on the FINA top ten listings.  She has been a member of multiple National and World record relays. Settled in her professional career as a physical therapist, and health and wellness coach, and now with 2 grown sons, she gives back to USMS by volunteering at the LMSC and National level in leadership roles.

Arlette is a USMS Level 2 Coach and is also excited to bring USMS Stroke clinics to Santa Barbara as a certified instructor and looking forward to exploring the ALTS (Adult Learn To Swim Program) in Santa Barbara as a certified instructor. Over the past collegiate swimming season, she has assisted with the UCSB women’s and men’s swim teams and enjoyed the enthusiasm of the team and leadership.

Dawn Schroeder
Coming back to coach at Los Baños is closing a full circle for me!  I first stepped onto the deck in 1978 as a 13 year old wanting to become the best breaststroker I could be! I competed for the swim teams at Santa Barbara Swim Club, San Marcos High School, UCLA and UCSB. I qualified for the 1984 and 1988 Olympic Trials in the 100 and 200 meter breaststroke as a high school senior and as a college senior. I graduated with a degree in Sociology and a Coaching Minor. Being inducted into the Hall of Fame for San Marcos High School and the SB Athletic Round Table are honors I feel very proud to represent.

Coaching athletes, all levels, all ages has been a highlight in my life. Moms In Motion and Momentum4 Life are two triathlon teams that I co-founded/founded and I trained hundreds of women, men and children over a ten year span. Most recently, I have been a guest coach for the San Marcos High School girls swim team, privately given swim technique lessons, and started the Dawn Patrol (not named by me, but rather for me:) Swim Club with a group of ocean swimmers!

Personally, I get way more out of helping others than I do doing things myself but I currently train for triathlons, 5k-marathon runs, and am trying to get back into pool swimming shape after a long one-and-a-half-year hiatus during the pandemic. The Canadian Ironman in 2019 was also a long-time goal I got to check off my bucket list. My day job for the past 32 years is elementary school teaching in the Goleta Union School District. I have two wonderful children Grant 26 and Erica 23. To say I am excited to be on the deck with the Santa Barbara Masters is a huge understatement! My favorite quote … ”Don’t wait for your ship to come in, SWIM out to it!”  Let’s get SWIMMING! 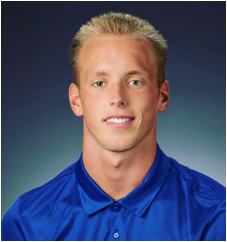 Weston Rowan
I have been swimming since I was four years old and have always been a waterman at heart! Growing up in San Clemente, surfing and swimming became my daily activities. I have always enjoyed the competitive nature of swimming and the social aspect as well. I have met my closest friends and the best people through the sport, and I have so much to give back to it. I graduated last June of 2022 from UCSB, and am so happy to be living downtown now to start my career as a realtor! My events at school ranged from 200's stroke to 200 IM as well. I cannot wait to continue coaching in the mornings and helping everyone get 1% better every day!

Zach Lebovic
Zach most recently served in an assistant role with the Mckendree University swim team this past school year, aiding the coaching staff in all aspects of recruiting. He also had a full-time coaching position with Walter Schroeder Aquatic Club and was an aquatics co-director for The Town Club in Wisconsin. Zach has additional experience working as a coach with Capo Masters in San Juan Capistrano, CA where he managed and wrote daily workouts for elite Masters swimmers and triathletes. In addition to coaching Santa Barbara Masters Swimming, Zach is also an assistant coach for UCSB Swimming.

As a student studying English at Lewis and Clark College in Portland, OR Lebovic competed on the swim team for all four years, was named captain for his senior season in 2020-21, and was a Northwest Conference Finalist from 2018-20. Prior to this, he was the team captain at his high school, Santa Margarita Catholic.